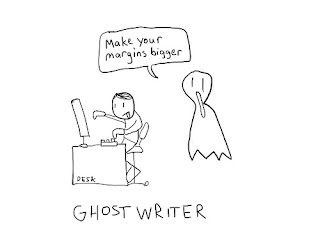 So for the last few weeks I’ve been working on my new book, dealing with a bit of a paranormal theme. Notice I said weeks.

Then yesterday I take a nap. While napping I have a dream. A very detailed dream. About my book. And it rewrites my book. We’ll, the first chapter of it. But it might as well have been the whole book because it took the story in a completely different direction, ie. new MC, voice, everything.

It played out in my dream similar to a movie, but the girl (MC) was narrating it, like she would in my book. I followed her through my dream, all the while wondering what she was up to. She captivated me. At points I was telling her, “No, you probably shouldn’t do that.” But she did. She’s a bit of a rebellion. Something she wasn’t in my original story. Her name is different too. But if felt comfortable. Which is really weird because in my original story it took FOREVER to come up with a name for my MC. Amie can back me up on that one.

So at the end of my dream and I realized what the girl was doing I thought, okay, that makes sense. Because really, I knew why she was doing it. Afterall, it was still my story. But then there was a small twist and I thought,”What? Did that just happen? Oh no.” and that’s when I woke up. My dream ended at chapter one, leaving off with a cliffhanger.

So now what do I do? Here in one hand sits almost three complete chapters that I’ve been working on for a few weeks. In the other hand, the first chapter of the same story taken in a whole new direction that was practically written for me, in mere minutes.  And…um, where do I go from here?

I mean, when I went to bed last night, I hoped I would have dreams that would write chapter 2 for me, but nope. No such luck. Someone said that maybe I brought a ghost home with me from the ghosthunt. My reaction? Good! If it writes for me, I’m all for it! Heck, I’ll even loan him out to you guys when I’m done!

But what kind of ghostwriter only writes the first chapter for me, leaves me with a cliffhanger then says, figure the rest out for yourself?

at 10:42 AM
Email ThisBlogThis!Share to TwitterShare to FacebookShare to Pinterest

whoa!! i would think seriously about which version you like better... maybe your subconscious wasn't sitting well with the original after all you experienced on your ghost hunt? totally interesting!
my guess is that the second is probably the book you want to write. rowling has said that hp just walked into her head one day... this sounds similar! very cool!
in my rewrites, i added a new crucial character to chapt 1, and now i have to rewrite the whole thing... but the book is SO much better with it. a couple of weeks of work is not so much. you don't want to get months down the road and be dissappointed with yourself because the story didn't take your fave path.
good luck!!!
(btw- the cartoon= too cute!)

Stephanie Meyer has stated in interviews that Twilight came from a dream, what we all know now as the infamous meadow scene. She's made millions, sold massive books, and has multi-movie deals.

I say go with your gut. See where it takes you. If you don't like where it ends up, you can go back to the beginning and try another path.

I'd say take some time to get the new first chapter down on paper while it's still fresh in your mind and then compare the two versions. Maybe run them both through critiques at the same time to look at their strengths and weaknesses and then figure out where to go from there. It may be that you prefer one over the other after giving them a few days to rest, or even that you'll decide to go with a hybrid of the two.
And while you're letting it all rest you can send that ghost this way for a couple of days. But then you can have him/her back, cause I don't want no ghost hanging around permanently even if they do like to write. :)

well that is one tough decision... but the psych major in me tends to believe that the subconscious self is pretty intelligent!

Maybe it'll be like a TV show: you only get one chapter a week :-P

Go with your gut instinct - what ever feels right! If you don't enjoy what you're writing it will show in end product.

...not an evening passes without a pad and paper on the nightstand next to my bed. Just in case...

I LOVE dreams like that...been awhile though. I think my last one involved aliens (but they weren't after me so that was a big improvement).

Anyhow, I say you start writing the new chapter and see if things don't just fall into place for chapter 2. Also, maybe before you go to bed you could ask (out loud) for further inspiration...see if your ghostwriter complies.

Those kind of dreams are the BEST. I wish I could order them.

I'd go with the re-writing of chapter one according to the dream. sometimes our dreams speak clearer to us than daytime thinking.

All the best with the writing. How exciting!

Aspiring X- Thanks! And good points! I think I'll do three chaps of both and compare. The second is such a completely diff style. Very diff from what I normally write and maybe that's a good thing!

Mesmerix-Yes, you are so very right! Thank you!

Thanks, Niki! I just sent the chapters over to NI for crit since it's the 1st. Since you saw the original, if you want to take a peek at this just to compare, that would be great, and def no rush :) and we'll let the ghostwriter know he's just a temp ;)

Teenage Bride- I have a feeling you're right! Thanks for reading!

Hi Francine! Boy, are you right about that. When I feel like I'm struggling with a piece, it does show. This dream piece, it flows so smoothly. Excited to see where it goes.

Elliot- Thanks for stopping by! That is such a great tip for writers. It only takes a moment for an idea to pop out of your head.

Vicki- Great idea! I'll ask tonight! And guess what-after I typed it all out, it came out to two chapters, not just one. So I only need one more chapter. Yay!

Thank you, Tabitha! BTW, love your name. I have a story on the backburner with your name in the title :)

Sounds like an interesting ghost if you ask me. :) Good luck finding that second chapter!

hi miss rose! sounds like a ghost for sure. he didnt write the next chapter cause you wanted him to. ghosts are like that. it wont be scary if you know hes coming. you just gotta go to sleep not wanting that ghost and for sure its gonna get right inside your dream. for me id listen to that ghost and go off with him on my book.
...hugs from lenny

"But what kind of ghostwriter only writes the first chapter for me, leaves me with a cliffhanger then says, figure the rest out for yourself?"

i haven't finished reading the chapters you sent me - but i will say that what i did read....WOW! seriously rose, this ghost writer...keep her around for a while! ;P (though honestly, you're so talented, you don't need her)

and i loved helping with names!

Most definitely go with the dream.

sounds like your subconscience was trying to go through the what if's in any story, different directions, different reactions therefore a different story.
Like all the rest of your wonderful comment leavers I would go with your gut feeling the feeling that you could be taking a risk might just be a great leap into something fantastic.

This is tough, only because it happens to me a lot... the end result is yucky though. I write an entire book and in revisions my character speaks to me, gives me an idea, so I write it down. I've done this four times now and each time was crap.

For you I hope the ghost is better, but it sounds like for now you're stuck with two versions for one story and have to determine which path you prefer.

For The Lovely Bones by Alice Sebold she re-wrote the novel in several POV's until she found that the MC should be the girl telling the story, trying different methods tells you which one is better.

No one said writing was easy... guess the jokes on us.