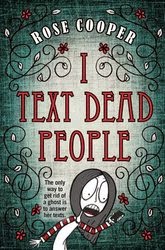 You can’t block the dead.

Annabel Craven hopes she’ll fit in—maybe even be popular—at the Academy. She’s worried she’ll stay friendless and phoneless (it’s true). But when she finds a mysterious phone in the woods near the cemetery, one of her problems is solved . . . and another one is just beginning.

Someone won’t stop texting her. And that someone seems . . . dead. How is Annabel supposed to make friends when her phone keeps blowing up with messages from the afterlife? And what will happen if she doesn’t text back?

Kirkus Reviews
2015-02-16
Thirteen-year-old Anna has just moved into the creepy mansion next to the cemetery and has hopes of making friends in her posh new school.She finds a cellphone that might replace the one she lost, but it only works sporadically, sending her cryptic texts. Meanwhile she meets Millie, a nice girl in school, who warns her about the twin queen bees, Olivia and Eden, who manipulate Anna into doing their homework. Everyone in her new town seems to be rich except Anna's family, though, as long as she continues to do their homework for them, Olivia and Eden tolerate her. But when Lucy, a girl with a delusional crush on a classmate, is accidentally killed in the cemetery, Anna begins receiving texts from her on the phone. Not understanding that she's dead, Lucy demands that Anna help her, haunting her ever more intrusively. Cooper writes with a light style and demonstrates keen insight into the social anxieties of middle schoolers. She occasionally includes her own whimsical line drawings that add to the humorous tone of the book. A really nice plot twist at the end should please readers. Good, ghostly fun. (Paranormal suspense. 9-12)


THE UNGRATEFUL DEAD (2016)
2nd book in the Dead Serious series 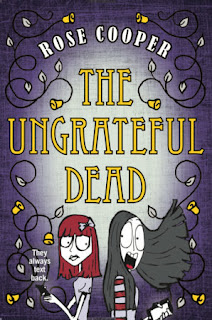 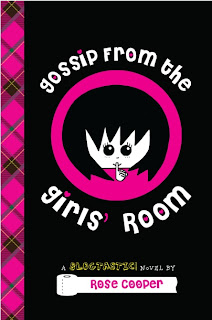 If there's anything going on at Middlebrooke Middle School, Sofia has it all right here, in her super-secret notebook...

Sofia Becker "accidentally" overhears gossip in the girls' room. She jots down all the juicy gossip in her notebook so her brain won't forget any super single important detail. Filled with text and hilarious sketches, follow Sofia on her dramatic journey to finding gossipy goodness for her blog while surviving 6th grade, gaining the attention of her crush, taking down the Popular Pretties and staying true to her BFF. Whew, what's next--taking on the world? 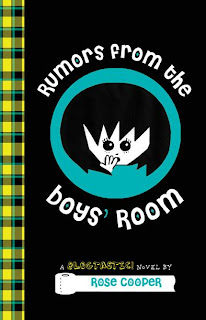 Sofia Becker, Middlebrooke Middle School blogger extraordinaire, is back! And this time her gossip isn't only from the girls' room. The rumor mill is out of control at Sofia's school, so it's a good thing Sofia and her super-secret notebook can set everyone straight. Entertaining and funny, this second novel in the BLOGTASTIC! seriesfeatures super-cute black-and-white illustrations . . . girls will love passing this book around with their friends! 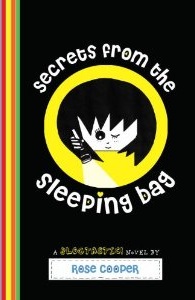 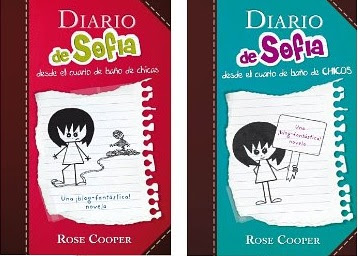 Spanish versions can be purchased online at: Amazon.es / Barnes & Noble

When is your next book gonna be out?

I just purchased gossip from the girls Room and so far, it is great! I love these types of books.

Hello! I'm Indonesian! I want to buy the book. but, I do not speak english very well. Is there a translated version?

I just read Gossip From The Girls' Room, and I LOVE IT!!! I love these kinds of books. I'm looking forward to reading Rumors From The Boys' Room! L-O-V-E this book!

STUDENTS IN THE NEWS: Mia St. Claire got into a bird fight. An lost. No matter how much she scrubbed her shirt, it was ruined with the leftover white substance that is known as "bird poo."

love your books<3 they r awsome:)

i really like your books you are a good author and you are very creative. cant wait till your next book comes out.

Cooper rose Hello, I'm from Brazil and here already has three books and smothers they call! Gossip Fantasticas (blogasticas) sofia, softens secret that the boys did not count and softens gossip camping .....
Here's diary has sofia you know when will you? love your books
I do not speak english very well so sorry for the mistakes ..
I really want a book that speaks of romance between sofia and Jackson are perfect and he wanted quye desenhace him sooo want, I hope you read and enjoy porfavor answer me, oh and if you want to send an email
estela.porta.ep @ gmail.com
kisses love your books

I loved gossip in the girls room! I got it on a school book catalog, read it, finished it earlier today then thought it was awesome! I love the name "blogtastic blogger". It is kinda cool.

oh god can't wait to read you next book

oh god can't wait to read you next book

When your Next book will be come is there any book about Furious Traverler?

I like gossip from the girls room it's cool

please do the next part of diary of sofia it is awsome,and send it to Mexico


Love these books, hopefully I can have them added in my collection.